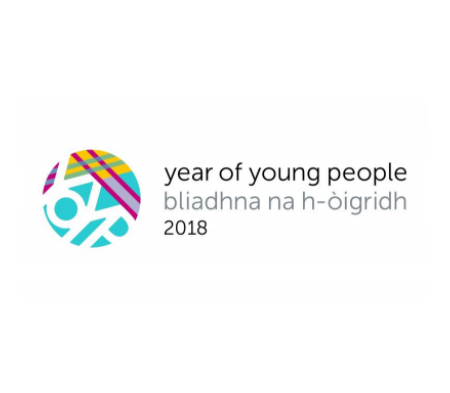 Each quarter we celebrate the successes of one of the young people who has attended Stirling Community Enterprise and reflect on their journey to employment.  This quarter we wanted to put the spotlight on Robert Brownlee our former Contracts Operative. 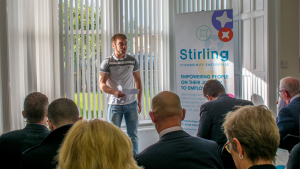 Robert, 18 years old from Dunblane started with SCE when he was 16 years old and still at school.  He was on a flexible curriculum programme which offered him part-time in-work entry-level training and experience in place of a traditional full school timetable.  Robert admitted that at this stage his motivation to attend wasn’t fantastic.

Robert found himself in difficult situations as a young person and was involved in violent behaviour for a number of years growing up.  He got into trouble with the police and knew that things had to change because he knew that if they didn’t he would end up in prison or worse.

“I reached out to SCE to ask if I could join the landscaping course. I was taught how to use all kinds of tools including the strimmer, mulch mower, and hedge trimmer. It was clear that my trainer really believed in all of the boys on the course and I began to see that this place was not just a place to learn skills but it was a place to help me with anything they possibly could.  My trainer encouraged me to take the next step to seek help from Signpost to help with my addiction and even drove me there himself. I left the course with qualifications and a feeling that I could be anything that I wanted to be”

Robert found work on and off over the next while but unfortunately found himself involved in fighting again.

“I came back to the enterprise and took a course in construction and at the end of the course, I was told of a job opportunity at SCE as a Contracts Operative.  I went for the job and was successful!  I built great relationships with all the staff at SCE and for the first time loved getting out of my bed in the morning”

Robert proved to himself throughout his employment that he was a quick learner, hard worker with a lot to offer future employers.  He experienced “bumps in the road” including caring for his family and homelessness while working at SCE however through effective communication with his manager he managed to stay on track and retain his job. 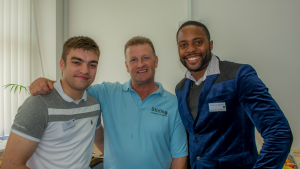 “By the time my contract ended I had my own homeless flat, was off drugs and have not been in anymore trouble.  I couldn’t have done it without the support and guidance of the SCE team.”

While Robert was looking for jobs he heard of a job working and training with the Violence Reduction Unit at the Edinburgh Tattoo.  Out of the hundreds of applicants across Scotland, only 6 were chosen and Robert was 1 of them.

“I learned a lot about the importance of discipline and made a lot of great friends from all over Scotland.  I got to take part in a show watched by 9000 spectators each night.  It was a pleasure to spend time with boys like me who have often been treated as if we were no good.  All anyone needs in this world is support and kindness.  I truly believe that organisations like SCE and the VRU hold the key to tackling problems like addictions, crime, and unemployment.  People can come here and not be judged by what they look like, where they come from and what they have done.  If you are willing to put the work in, you can prove to yourself that you can turn your life around.”

Robert is a fantastic example of someone who has turned their life around due to the efforts he has made with his mentors at SCE and the VRU to recognise and tackle the things in his life that were preventing him from moving forward.